Recently I've been struggling to run more and more workloads so I decided it was time to upgrade my trusty lab to something with a bit more power.  I've had my current lab for well over a year and it has served it's purpose extremely well.  With the very generous vEXPERT licenses provided by VMware I've wanted to play around with vCloud Director and Horizon for a while now but obviously lacked the horse power to run these.  My current lab consisted of the following:


After weighing up different options I finally decided on the HP ML310e G8 due to the following:

The idea was to replace the 3 x Microservers with 2 x ML310e's and replace two of the 256GB SSD's in the DS412+ with 2 X 1TB drives and add the SSD's into the hosts.  Both hosts would be loaded up with 32GB ram and I've keet the 500GB drives that they came with as additional storage if needed.

So, what does the lab look like now and how much power does it consume: 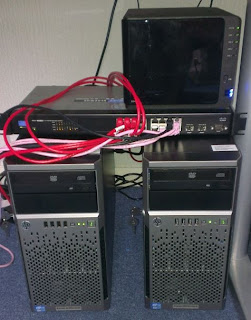 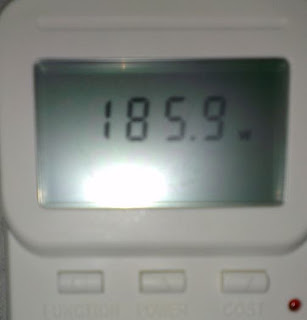 Power consumption varies between 180w and 200w (Includes hosts, switch, routers, NAS, Cable modem and an IP Phone) which is pretty much what the Microservers were taking so I've very happy with the outcome.

Posted by Michael at 10:45
Email ThisBlogThis!Share to TwitterShare to FacebookShare to Pinterest
Labels: Home Lab, VMware