As I start writing this I've realised that I have been at VMware for over 5 years having started in October 2013 with absolutely no pre-sales experience as a core Systems Engineer supporting partners based out of the North of England. Working for VMware has always been a dream since being introduced to the technology back in the Virtual Infrastructure 3.x days and having the opportunity to join this company has certainly been life changing. My role was initially supporting partners from a core vSphere technology and introducing them to new technologies (at the time) such as VSAN and NSX and getting existing technologies adopted by customers. This gave me great exposure to working with both partners and customers and getting to grips with what the Systems Engineer role actually involved.

Just over a year later I had the opportunity to join some internal training on NSX and knew from the outlay that this was game changing technology. Prior to joining VMware I was very much exposed to networking and security and understood the value proposition and how this technology could change the way we consume networking and security services within the datacenter. A few months later I had the opportunity to join the Networking and Security Business Unit (NSBU) as a specialist NSX Systems Engineer. This was in the very early days and I remember attending the first internal technical enablement session when there was only around 30 SE's globally and we all fit in a small training room in Palo Alto. I've now been in post for almost four years and have seen the NSBU grow from a single product business unit with NSX to now a true multi-product BU with our Virtual Cloud Network proposition which is resinating extremely well with customers across all verticals. I've covered a mixture of public sector and commercial customers and helped train, design and deploy various solutions for customers to solve a variety of challenges.

I've been looking for a change over the last few month and investigated both internal and external opportunities looking for my next move. I'm glad to say that as of today I'm now a Lead VMware Cloud on AWS Solutions Engineer within the Cloud Platform Business Unit. My role going forward will be to help customers understand the value proposition of VMware Cloud on AWS and the possibilities of extending their on-premises environments into VMware on AWS. With the recent announcements of AWS Outpost and VMware on AWS Outpost I'm truly excited to join the team and see the level of innovation and the relationship we have with AWS continue to grow and benefit customers. Expect more content in the near future. 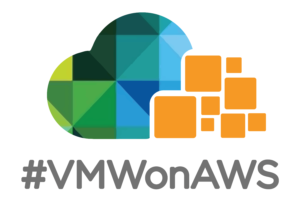