Whilst working with customers on the technical aspects of migrating their applications from on-premises into VMware Cloud on AWS most often the topic of file servers comes up. If the customer currently has their file servers running as virtual machines on top of ESXi then it's very straight forward, they can use HCX to migrate the workload. Depending on the size of the file server the customer may not want to do this due to potentially increasing the host count of the cluster and instead use some native AWS storage services such as FSx, EFS or even S3. Another scenario I have come across is customers having physical file servers running on storage arrays such as NetApp etc.

As of writing this article, the following services/protocols are supported:
As an example, DataSync can be used to move data from an on-premises Windows file server into AWS FSx for Windows or from Amazon EFS into...
Read more »
Posted by Michael at 15:44 No comments:
Email ThisBlogThis!Share to TwitterShare to FacebookShare to Pinterest
Labels: AWS, DataCenter Migration, Disaster Recovery, VMware Cloud on AWS 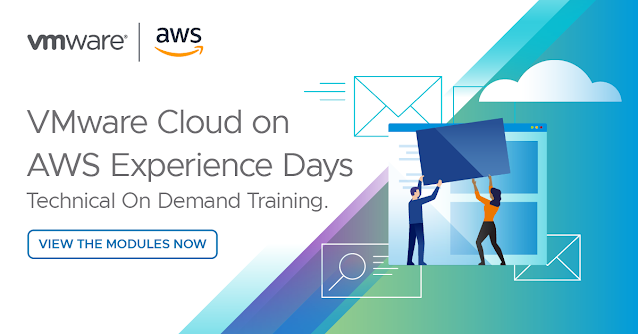 Feel free to provide any feedback or if there is any additional content you would like to see.
Posted by Michael at 12:20 No comments:
Email ThisBlogThis!Share to TwitterShare to FacebookShare to Pinterest
Labels: VMware Cloud on AWS
Newer Posts Older Posts Home
Subscribe to: Posts (Atom)