Routing to a connected VPC when attached to VMware Transit Connect

Recently there was an internal discussion around a customer request to access an Amazon FSx for Windows File Servers that was currently running in a connected VPC from another SDDC. The topology that the customer was looking at was as follows: 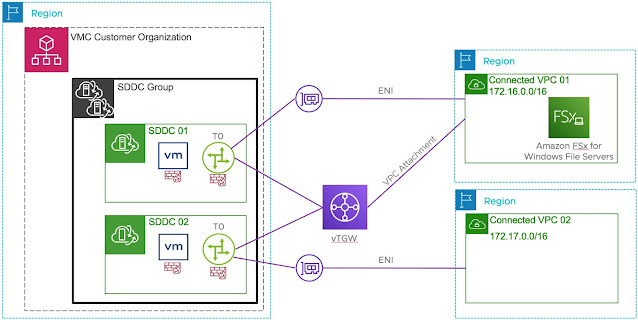 When we add a VMware Transit Connect into the mix and add both SDDC 01 and SDDC 02 to the SDDC group this handles our requirement of being able to route between SDDC 01 and SDDC 02. If we added Connected VPC 01 as an external VPC to the SDDC Group then a static route would be added to the T0 on SDDC 02 to send all traffic destined to 172.16.0.0/16 across the vTGW (You would manually have to add a static route in the main route table of Connected VPC 01 for the return traffic to route across the TGW attachment. Since we already have a static route on the T0 in SDDC 01 the route is not added as the /16 prefix already exists. 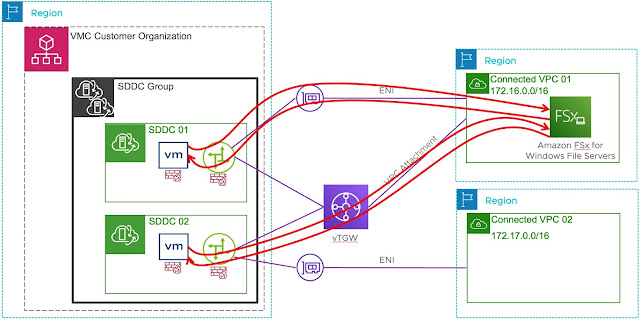 Things to watch out for:

Posted by Michael at 09:07
Email ThisBlogThis!Share to TwitterShare to FacebookShare to Pinterest
Labels: VMware Cloud on AWS